Playing to Your Strengths as a Woman in Engineering

“Oh, where are all the girls?", when Victoria became interested in engineering after taking part in industry placements from her all-girls' school, she didn't fully appreciate it's a male-dominated industry. When she joined Mott MacDonald, there wasn't a big female presence in the Railways Division, but that ratio has changed during her 8 years with the company.

Victoria Sutherland is a Chartered Civil Engineer in the Rail team at Mott MacDonald. Her career has seen her rotate through various business units, travel and work internationally, hold the role of Track Design Team Lead on the £400m London Waterloo Station Upgrade, and give a live interview on Sky News!

She’s building a successful career in a company that wants to support her growth, and spoke to us about her path to engineering, using your strengths and raising your profile.

Her Path to Engineering

In high school, Victoria took part in the Engineering Education Scheme, doing a six-month practical project with an engineering company involving site work. Having not previously considered it as a career, she realised engineering is the practical application of subjects she was interested in.

After completing a Degree in Civil Engineering at the University of Durham, Victoria joined Mott MacDonald’s Graduate Rotation program, moving through a range of roles and developing broad industry understanding. The rotation provided a variety of learning opportunities, including being part of a rail track design team, a bridge design team, undertaking a business development role on a 12-month secondment to Kuala Lumpur, Malaysia, and providing construction support on UK rail sites. 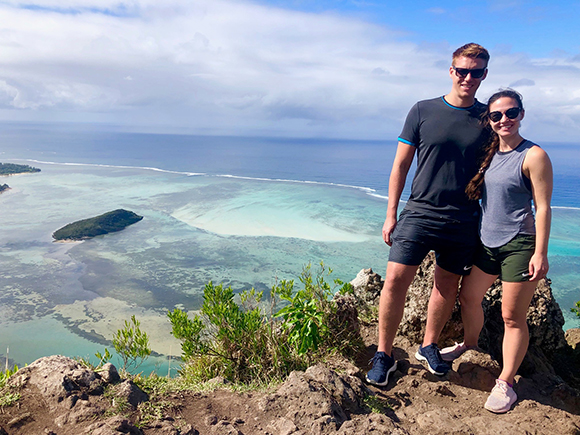 Victoria has advice for graduates thinking of entering engineering;

“It's such a varied career and there are so many opportunities; you can make it what you want. You can also be involved in engineering without being an engineer, such as surveyors, planners, and architects.”

She says a curious or analytical nature is helpful, and there are a lot of exciting, public projects, making the impact of your work tangible.

“There's an immediate effect from the work you do in construction, which is exciting to be part of.”

She does say there can be a lot of analysis early on, and it’s not always immediately obvious how you’re influencing larger projects;

“At that early-career stage you’re working on a tiny piece of a massive jigsaw, but those tasks do matter.”

As you progress the impact becomes clearer;

“My proudest career achievement to date was my last project - London Waterloo Station. I was a key decision maker; my design has literally been installed. It’s one of the biggest stations in the UK and I actually travel daily over tracks I designed and installed. It was in the news, and I did a Sky News interview.”

Victoria became interested in engineering after taking part in industry placements from her all-girls’ school. She didn’t fully appreciate it’s a male-dominated industry and when she arrived at university, thought;

“Oh, where are all the girls?”

When she joined Mott MacDonald, there wasn't a big female presence in the Railways Division, but that ratio has changed during her 8 years with the company.

Victoria’s experience is that it can be an advantage to be in the minority because she has been noticed and encouraged to step forward for learning and development opportunities such as a government initiative encouraging more women into rail and transport.

She shared the anecdote that for a job with 10 selection criteria a man might put himself forward with four of the requirements, whereas women want to meet nine or 10. This helped her be less self-critical and more confident putting her hand up;

“Why not take a chance?” 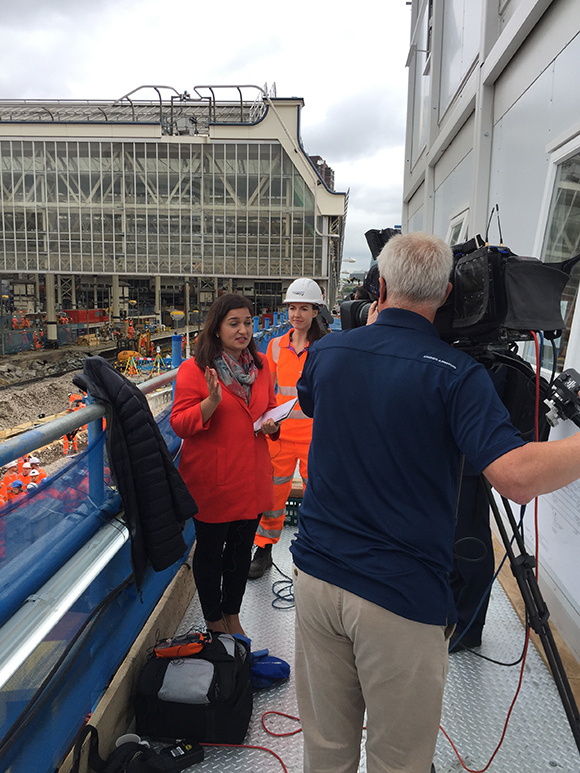 She says stereotypical engineers are analytical so her people strength gives her an edge. The team aspect of engineering is often overlooked but is a big portion of Victoria’s job.

When it came to the London Waterloo Station Upgrade project, Victoria had a key role throughout the design phase and construction works. It was a new experience for Victoria to be involved in a live construction project, directly supporting field teams and solving problems.

She says designers and installers often work quite separately and have different priorities, but her personality type meant she wanted to build those relationships. She made an effort to be on site, make herself known and be clear she could make decisions. It resulted in interactive working relationships where installers would ask her clarifying questions throughout the project, leading to fewer errors as things were being checked along the way.

Leadership training taught Victoria the importance of networking and raising her profile. She has volunteered for the Institution of Civil Engineers, mentors junior staff working towards their qualifications, and has given presentations to and lead activities with school-age children, raising awareness of STEM applications. She tells us about one of the interactive activities;

“I ran a rapid response engineering challenge about disaster relief and how engineers can help with the logistics of getting water to a village. The kids built a channel to move water from one place to another and a shelter to protect it. It was rewarding to see the kids getting involved and enjoying themselves while learning about the wider engineering industry.

She delivered a keynote speech at a Science and Engineering Fair dinner to around 80 industry members but says you don’t have to be the speaker to benefit from events, training and networking.

Her Future at Mott MacDonald

Victoria’s goal is to be a senior manager across business and engineering and would like to work overseas again. She’s currently vying for a promotion to Senior Engineer, taking on more responsibility and setting out a clear career path.

Everyone says it’s the people at Mott MacDonald that makes them love working here so much. Working with such talented individuals in a multi-disciplinary engineering consultancy has enabled me to succeed. I have the opportunity to work on varied projects, travel to different countries and work with colleagues all around the globe.