The train driver you never expected

Considering a career in rail? Applications for this role will open soon! Set up an alert today

Born in Villeneuve-sur-Lot, France, Mary holds a double degree in Law and English. She’s a skilled photographer and cook, and she’s recently started learning Japanese. She also happens to be among Southeastern’s latest recruits, after successfully obtaining her train driver licence in May 2018. Mary drives passengers between London and Orpington, and surrounding suburbs. Her role allows her to apply her skills of concentration and attention to detail, while giving her the freedom to spend the rest of her week on her other passions. Mary has her sights set on her next challenge: long-distance mainline train driving. Read on as she shares her story and offers her advice to others looking to explore the art of train driving.

A chance meeting, a life changed

While studying a dual degree in French Law and English at the Université François Rabelais of Tours, a chance meeting with a past railway employee inspired Mary to swap a career in the courtroom for one in the countryside.

As a law student, I was frustrated because our job was to find loopholes in everything we learned. Then, I met a past employee of the French National Railway, SNCF, who told me that in rail, once you know the rules, you apply them and you can’t get in trouble! That’s when I deviated from law and turned to rail. I didn’t see it coming. I come from a tiny village with more animals than humans! I hadn’t even been on a train until I was 17. But I decided to join the SNCF as a conductor while I was still studying - and I just loved it.

While Mary assumed her degrees would make her a competitive candidate in the railway, she was told she was overqualified.

The SNCF don’t hire anyone with a Bachelor’s degree to encourage people with a lower academic background to apply. I thought, ‘That’s great ...but I want to work for you.'

As a backup, Mary began a Master’s Degree in teaching, but quickly realised she couldn’t stand being in a room full of teenagers. “Teaching wasn’t for me. I knew I wanted to follow my dream of working in rail. So I left France in search of opportunities in the UK.”

Waiting for her break, Mary worked as a waitress for eight months before joining Heathrow Express as a Customer Host in November 2015, a station-based role involving security sweeps, public announcements and ticket sales.

It was wonderful, but I wanted to go all over the country and come back at the end of the day, so I applied to Southeastern as they had open vacancies for train drivers.

In April 2017, Mary began theoretical and practical training and was assessed every two weeks on a pass or fail basis. After more than 225 hours of supervised driving over more than a year, she obtained her train driver licence.

Passing was incredibly rewarding. I had just spent 13 months of my life working towards this moment, and I did it! I’m so grateful to Southeastern. I had very little experience, yet they gave a chance to someone who really wanted the job. Every day has taught me that I’m where I belong. Sometimes, when I'm off for a little while, I see trains and I actually miss driving them. But working four days a week gives me the time to do the other things I love, like cooking. It’s been an incredible year - I’m counting my blessings.

A shift on the Southeastern route

Mary says train driving is like a memorised dance. She approaches each station at the optimum speed, in accordance with the signalling rules and regulations, using the braking techniques that she learnt throughout her training for each station. There could be up to 107 stops on any given shift. It’s high stakes and there’s no room for error. But for Mary, that’s all part of the challenge.

During my first few months of driving, I was approaching a station and I noticed the shadow of a figure on the track. My heart stopped. Someone had crossed the track and proceeded to jump onto the roof of my train. He thought he could train surf to London! I followed the procedure to get the person off the top of the train and back to safety and kept communication open with passengers to let them know of the trespasser on our roof. Afterwards, passengers thanked me. It happened during my first month of driving. A variety of things can go wrong in train driving, but there’s an incredible feeling of empowerment knowing that I can handle it myself. That’s pretty cool.

When asked who would thrive as a train driver, Mary doesn’t hesitate. In her experience, there are three things you’ll need.

Someone who is capable of steady concentration, doesn’t take shortcuts or get easily bored would be the right type of person for this role. This is the kind of person who is a canvas ready to be painted with technical skills. In a role with such high stakes, I cannot stress enough that the person must have a great appreciation for the consequences of error, and therefore have the ability to focus uncompromisingly. 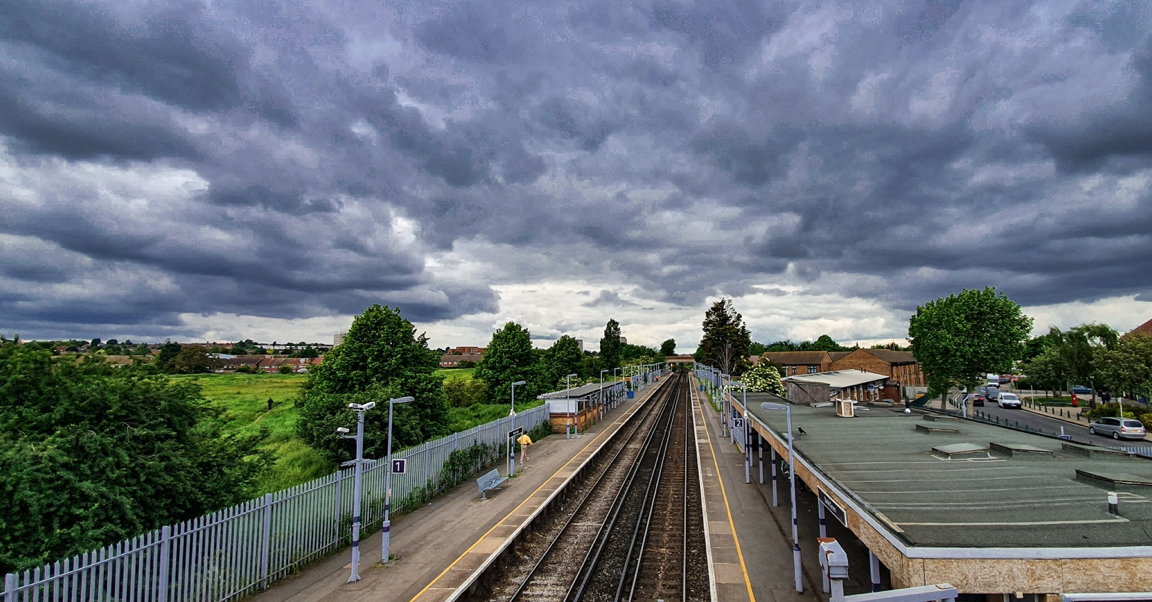 A person who is at ease being by themselves for long periods will thrive. As a metro train driver, I see people quite often as we pass by platform staff every hour, but we are largely on our own. I like working on my own.

3. Self-belief (To anybody who thinks train driving is a man’s job - think again.)

When I worked in France, I didn’t have many female colleagues and there were certainly no female drivers. Because of this, becoming a train driver didn’t cross my mind. But when I came to the UK, it was a different story - I saw many female drivers who were my age. The rail industry is still male-dominated, but Southeastern is working to improve this and has set a new target for encouraging more females to apply to become drivers. In the past, I thought it may have been out of reach - but here I am.

To find out about new stories, events and career building resources, Subscribe to our monthly Women at Work email.