Accidentally in Love: How Data Scientist Aisha Morley found herself in the King gaming universe - and hasn’t looked back

Aisha Morley’s resumé is a rich tapestry of skills acquired from working at universities, the NHS and in the fashion industry. Now a Data Scientist at King, she has found an employer who gives her license to truly be herself, the room to grow and an exciting pathway forward. 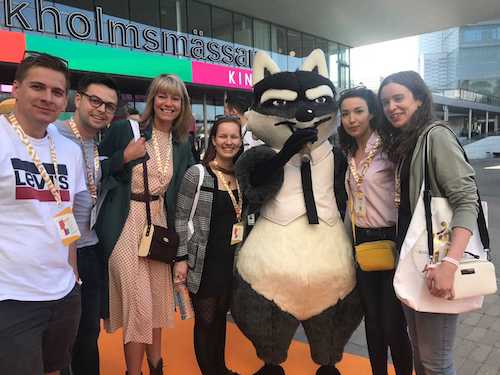 The road to King

Aisha entered the workforce at the worst possible time. As a physics graduate in 2010, she was up against the global financial crisis, and a talent pool of desperate grads vying to find employment. With no job offers in physics, she accepted an administration position at a local college. She went on to take on various data roles at universities and the NHS and enjoyed seeing how data analysis can be applied in the real world. However, after being told that her work at the NHS would be shelved due to a lack of funding, Aisha side-stepped into the private sector.

I was becoming very frustrated with the public sector - nothing ever gets done! So, I moved to an online fashion company where I built many of the key data tables used today. The skills I learned through those roles, paired with a Master’s degree I completed while at the NHS, put me in a good position to become a Data Scientist at King.

When asked to paint a picture of a day in the life of a King Data Scientist, Aisha smiles.

“I love that I am a part of the end-to-end process. In previous roles, people requested data on an ad-hoc basis, and I never saw where it went. But at King, we work cross-functionally with Developers, Artists and Producers so it’s really interesting. Some days I have my headphones on and I’m just doing analysis and other days, I’m in meetings. I get bored if I do the same thing. I’m a serial job-hopper! I think this is the longest I’ve stayed in any job. That speaks to the variety of the role.”

After almost a decade in data analysis, Aisha offers her advice to women pursuing a career in all things data, tech and gaming.

1. Believe in your skills

Growing up, Aisha says her mum’s disregard for gender stereotypes helped her focus on her abilities without being held back by society’s expectations.

“I’m lucky because my mum defied gender norms in many ways. She gave me both boys and girls toys. She let me cut my hair short. She did physics A levels. I have self-confidence issues like most people, but even when I have anxiety, I don’t doubt my competence. Mum taught me that if you can accurately assess your skills, you can be confident. This is especially important when working in male-dominated fields.

2. Choose a company that is recognised for its positive culture, diversity efforts and its openness to ‘challengers’

When interviewing for roles before King, I always asked about culture. It was very clear whether the hiring Manager was passionate about it or not. I chose King because their values resonated with me. I could see that it would be a great company to work for, and they’ve absolutely delivered.

Aisha goes on to describe the diversity at King, pointing out that as a British person at King, she’s in the minority - something she sees as a real positive.

King is the first company I’ve worked for that’s fully committed to diversity. We have a variety of perspectives from all around the world and everyone is welcomed because we understand what it’s like to be different.

Aisha says that King also champions diverse viewpoints and doesn’t shy away from new ideas. In previous roles, she reflects that it was difficult to not simply go along with the Manager’s view. But at King, she says, there are processes to ensure everyone has their say.

It’s about honesty here, not dictatorship. For example, during a meeting in which we compare shortlisted candidates, the lowest ranking person in the room will speak first to ensure they don’t feel pressured to echo the views of others around them.

3) Support other women and share knowledge within your field

Aisha notes that it can be tough for women to climb the ladder in STEM, sharing one example from a previous employer.

“I was side-lined once for a few months because there wasn’t much time to train me. Eventually, I was given a small project. My Manager was surprised to learn that I was good at Excel. It was almost as though they forgot why they hired me in the first place! Since I left, I heard that this Manager tends to only mentor other men and invited only male colleagues on a weekend trip. It’s as though he’s building a male network around him.

With this in mind, I always try and support other women. Some women can feel threatened by others who try to get ahead - so it’s about supporting each other.

At King, there is such a great community of Data Scientists. Because of my past experiences I am really passionate about sharing and learning from others as much as possible. I help organise sharing sessions and try to ensure everyone appreciates the open culture we have at King.” 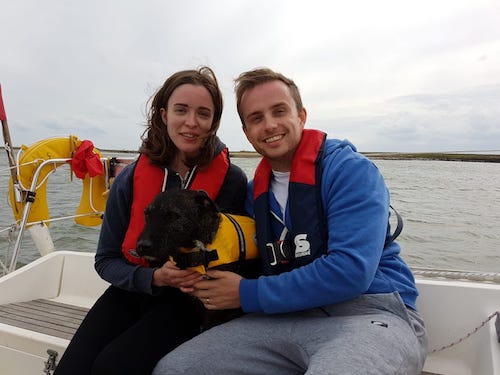